We envisage the arts therapies as vibrant, growing, evidence-based and relevant professions in a South African context.

To strengthen and develop the arts therapies through the
facilitation of collaborative advocacy, lobbying, research
and training; the provision of support, information, professional
development and networking opportunities for members. the
development of mutually beneficial relationships with
international and local bodies.

While the continent of Africa has a rich history of using the arts as healing practices, the formal professions of the arts therapies are relatively new in South Africa. Pioneers in the field returned from training at overseas universities with visions of bringing clinical skills and experiences back to a South Africa in much need of healing.

In the early 2000’s it was agreed to organise the small group of arts therapists into a network and SANATO (South African Network for Arts Therapies Organisation) was formed. There were many challenges and after some time, the network dissolved.

In May 2009 an art therapist, dramatherapist and music therapist got together to think about how to rebuild the arts therapy community and they organised a national Arts Therapies Symposium entitled ‘Tapping the Field’ at the University of Pretoria. This Symposium coincided with the celebrations of 10 years of Music Therapy training at the University of Pretoria. The Symposium attracted participants from Cape Town and there was a renewed interest in coming together and building a community moving forward.

This was followed by the 2010 conference at Drama for Life at WITS entitled “Building Bridges: The Arts Therapies in Africa“. Again arts therapists were given a platform to talk about their work and were re-inspired to work together to build a collective voice.

Finally at the end of 2012 a national committee was set up with representatives from each of the four professions to start to address the issues affecting the professions – scope of practice, public sector posts, codes and tariffs and code of ethics. This small committee met about 4-5 times a year, and slowly developed greater capacity for understanding and collaboration.

However, this was an unelected committee with no formal structure, no constitutions, and no formal mandate. It was increasingly unable to play the role required of a professional body such as voicing the concerns and needs which pertain to the HPCSA Board’s mandate and the professions as well as holding a position for the arts therapies at stakeholder meetings with the HPCSA Board. All issues such as advocacy within the mental health sector, professional identity matters including fees, guidance of foreign qualified practitioners, potential students and so forth were lying with SANATO. It was imperative that the small SANATO committee motivate for and lead the establishment of a National Professional body for arts therapists.

Music Therapists and Dramatherapists each had their own associations SAMTA (South African Music Therapy Association) and SAAD (South African Association of Dramatherapists) respectively. SAAD and SAMTA accepted that there would still be a need to organise around issues specific to that modality while common issues will be dealt with collectively. It was agreed that SAAD and SAMTA may be reimagined or disbanded and that they would have their own internal processes that would enable their members to prepare themselves for the new organisational platform.

Finally, in 2017, after a national consultative meeting, the intention to establish a national professional association was announced. After 2 years of consultation and hard work, the new Association was launched in May 2019 in Johannesburg. It was agreed to change the name to The South African National Arts Therapies Association – SANATA. 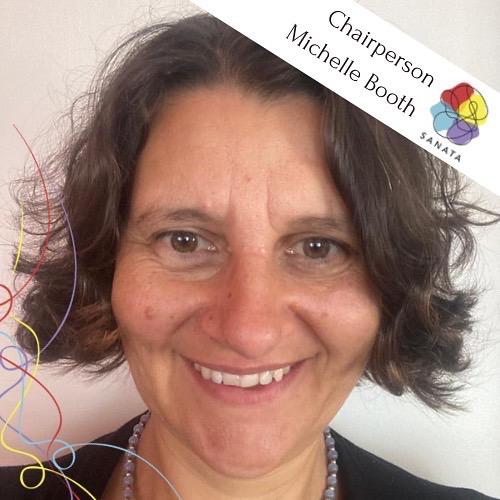 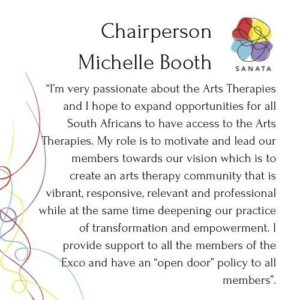 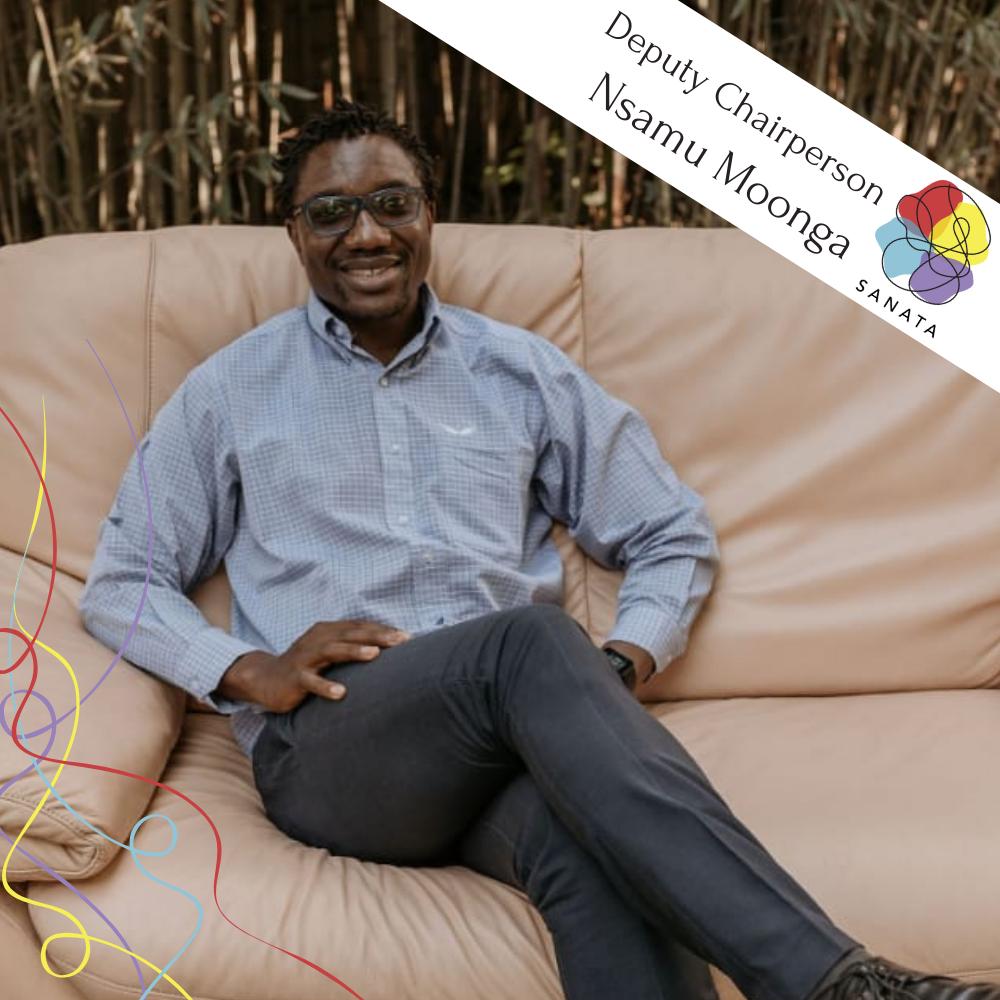 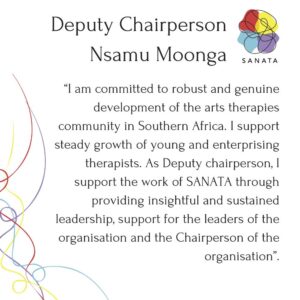 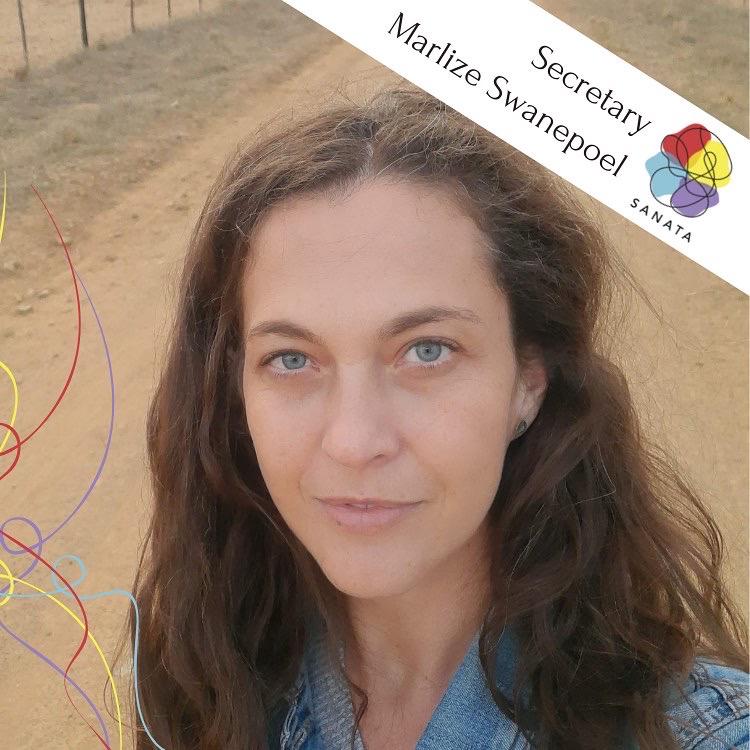 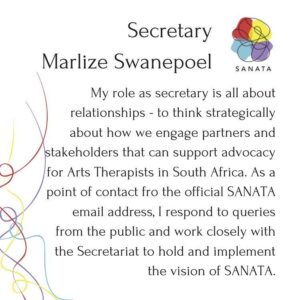 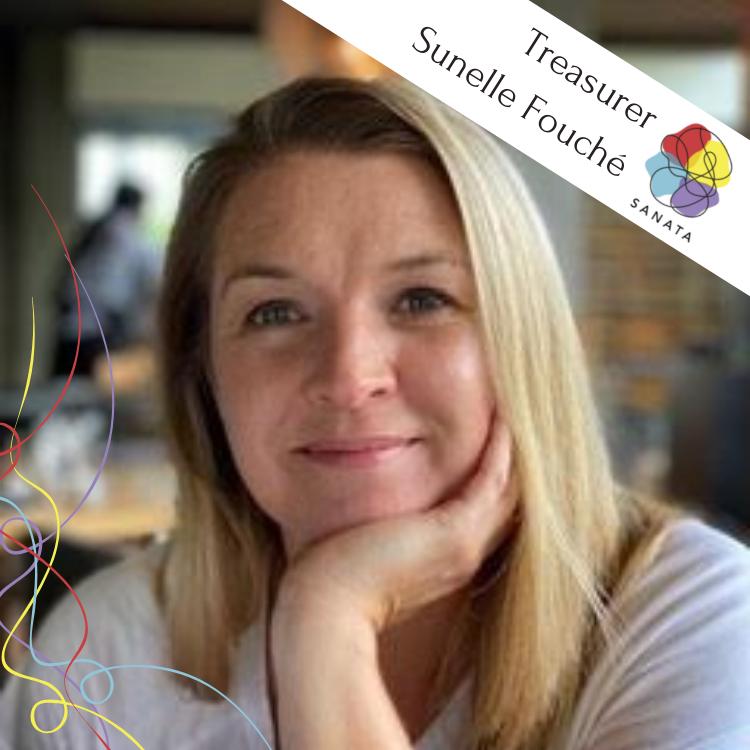 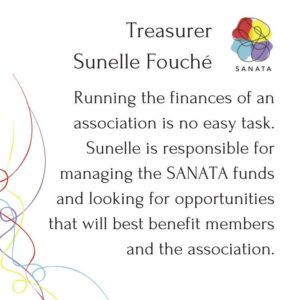 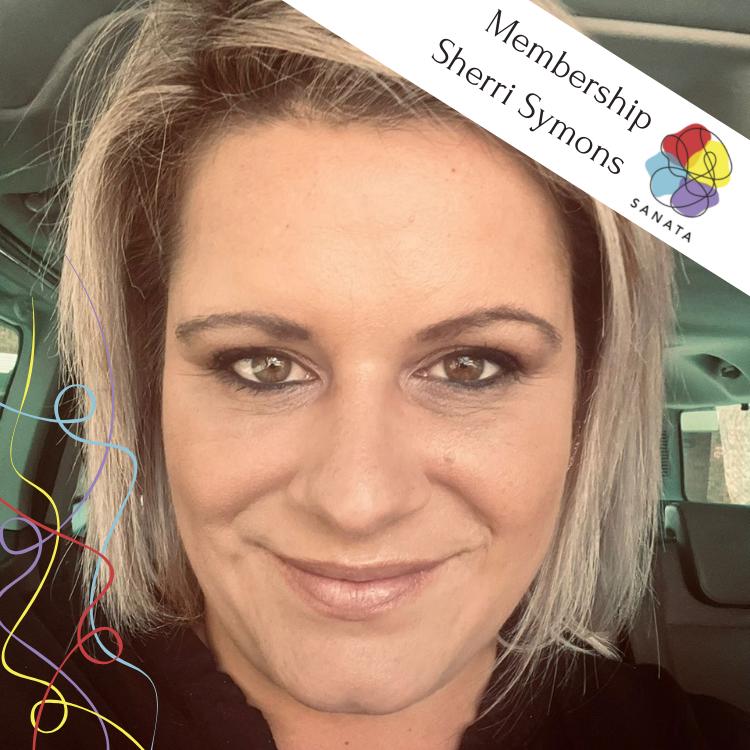 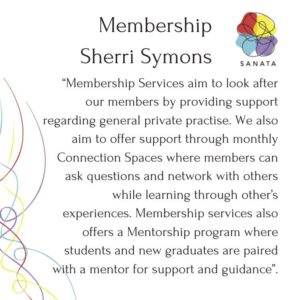 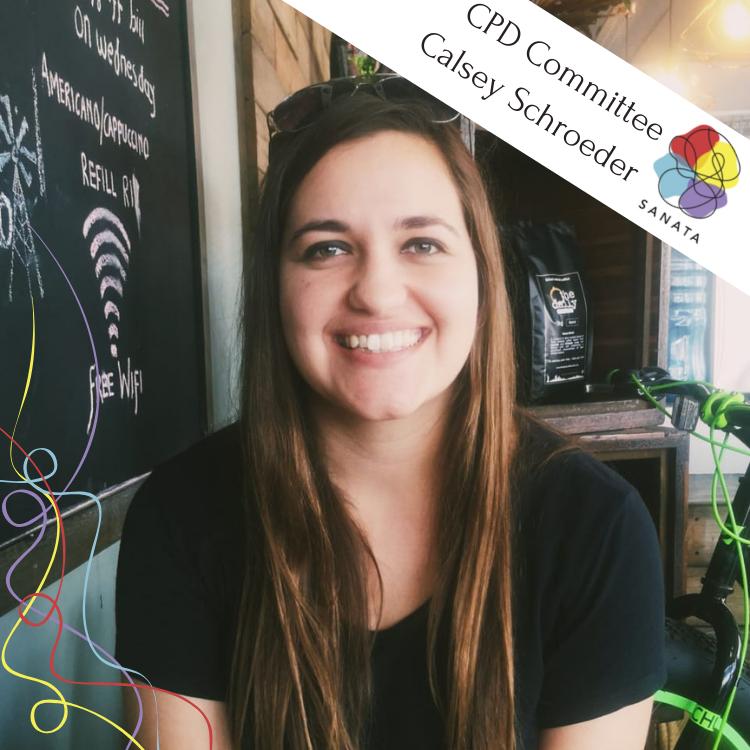 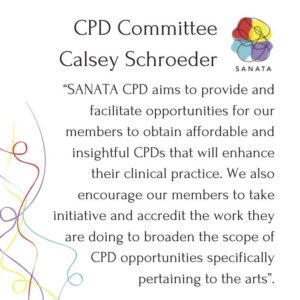 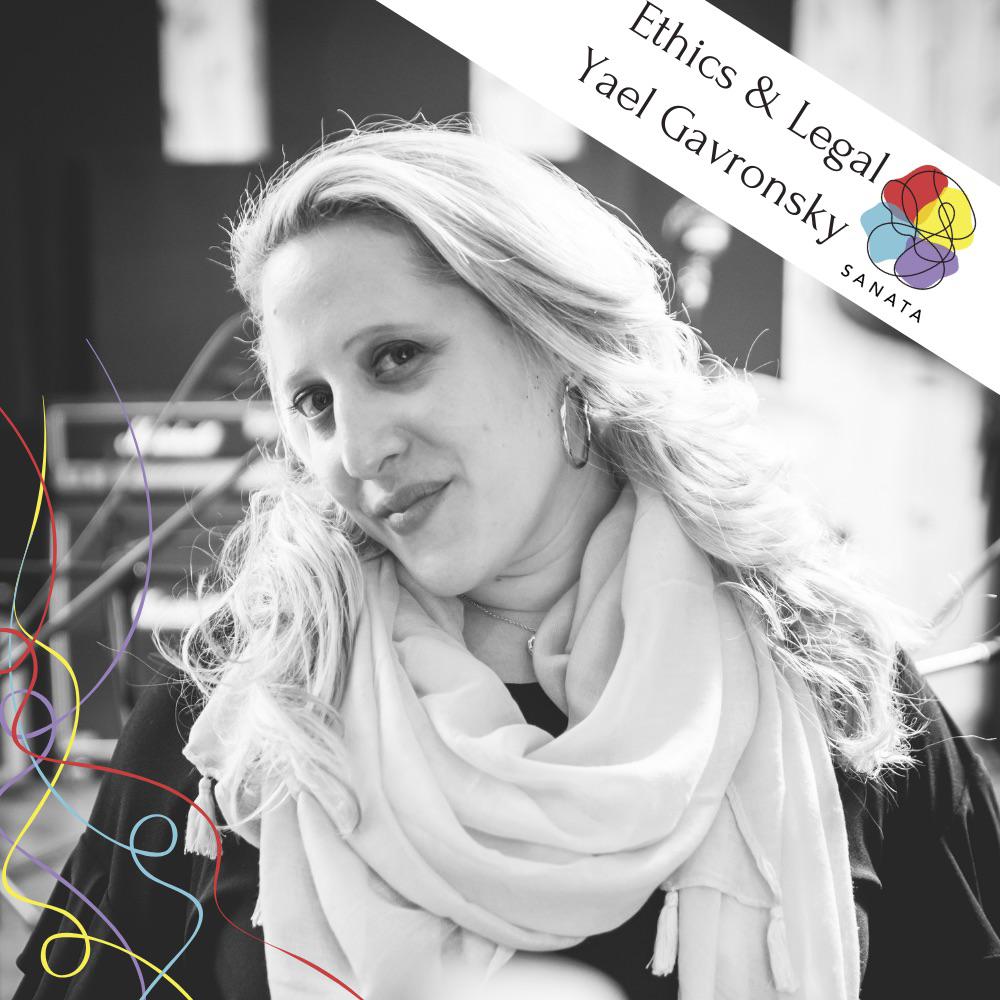 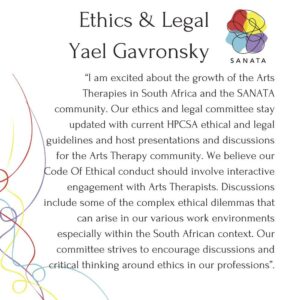 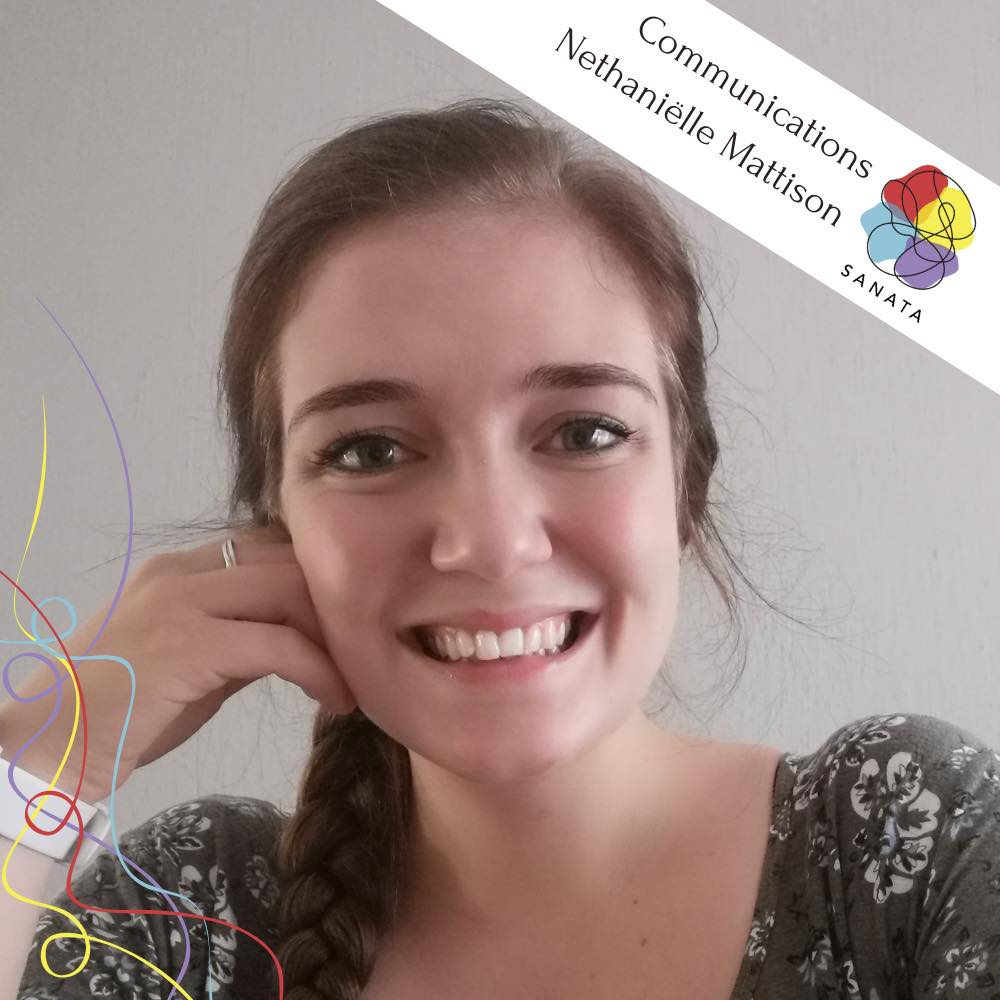 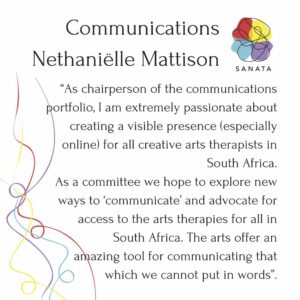 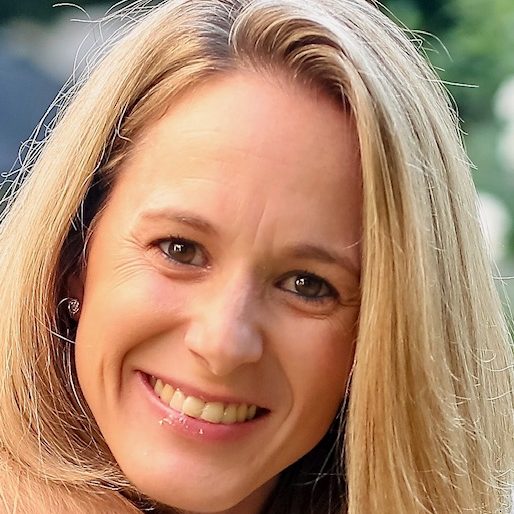 Tamara Gordon-Roberts is a registered Dramatherapist with the HPCSA. Tamara currently works in various fields as a Dramatherapist, facilitator and educator. Tamara served as the Academic Programme Manager of Drama for Life from (2008-2017). She played an instrumental role in establishing the first Honours and Master’s degree training in Drama Therapy in Africa at Wits University. Tamara served as the Chairperson of SANATO (2012-2015). Tamara is currently the Board representative for the Arts Therapies at the HPCSA. 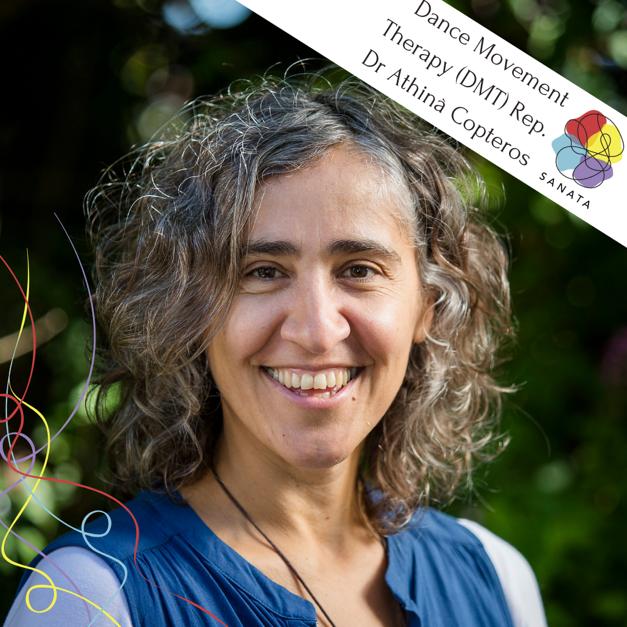 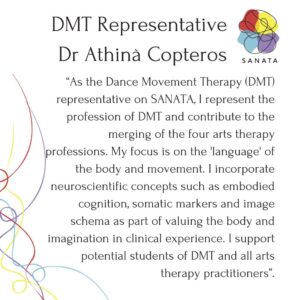 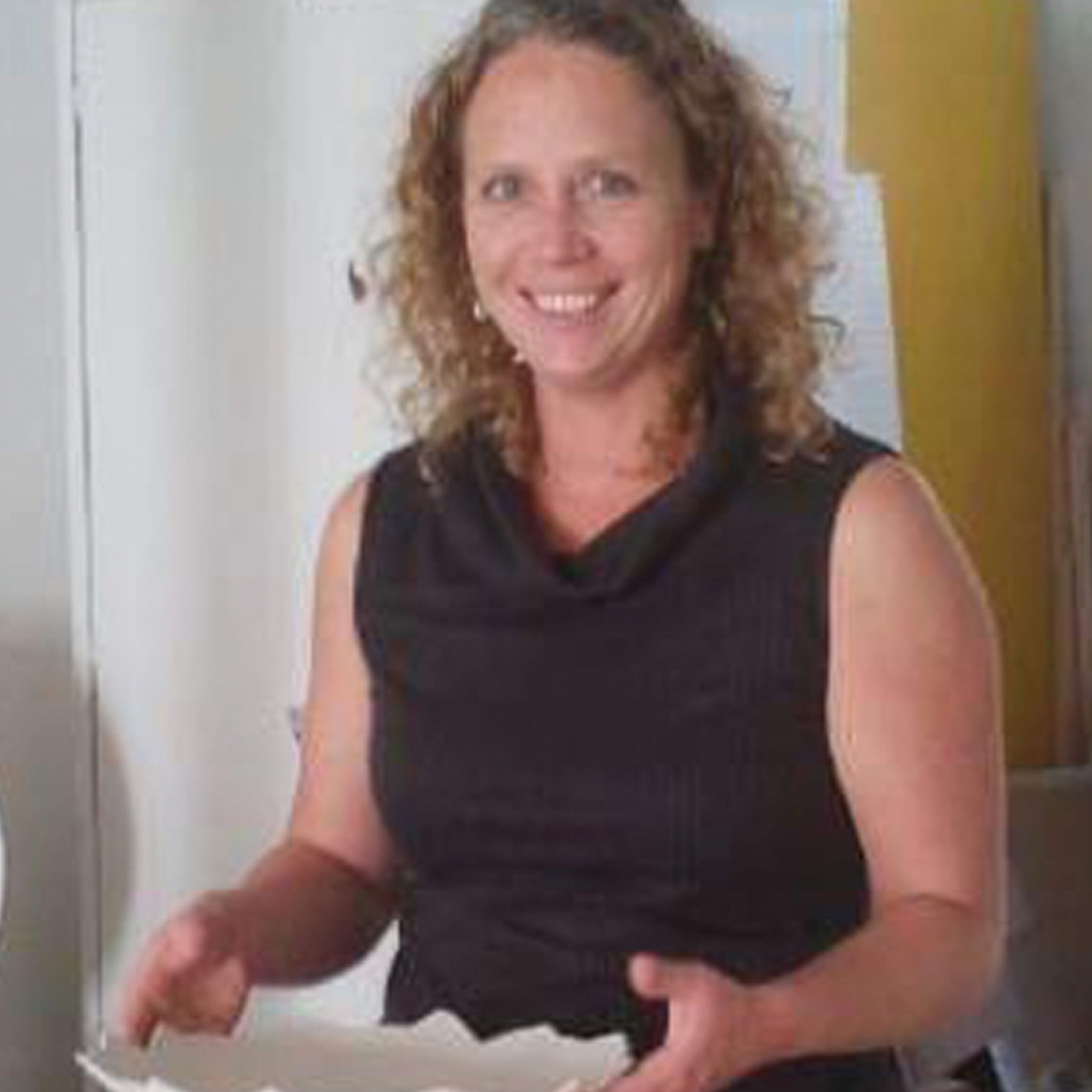 I am an Art Therapist (2006), Facilitator and Coach – Time To Think, Enneagram and Resilience – as well as a practicing artist. I have designed an arts therapies and coaching program for youth called Time to Thrive, which is run through the NGO sector. I also run workshops for adults and teams, through the banner of Thrive Leadership. I run a private practice as an art therapist and coach, as well as offering supervision. 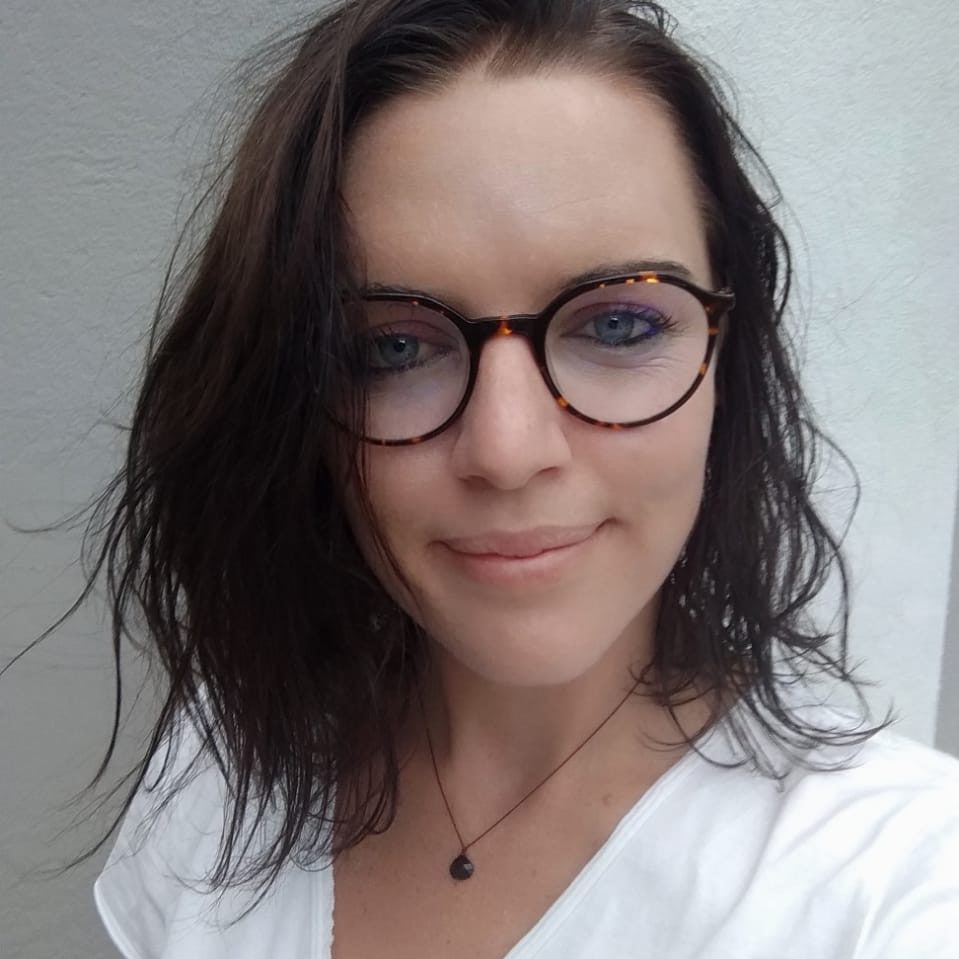 Melissa is a registered music therapist and accredited yoga instructor working in Cape Town. She is a co-director and integrative therapist at Full Circle, offering an individualized and holistic program to those going through challenging life transitions. She works with individuals, families, and groups. Melissa’s approach focuses on the mind-body connection and accessing meaning creatively. She draws on Jungian-informed, shamanic and systemic approaches. 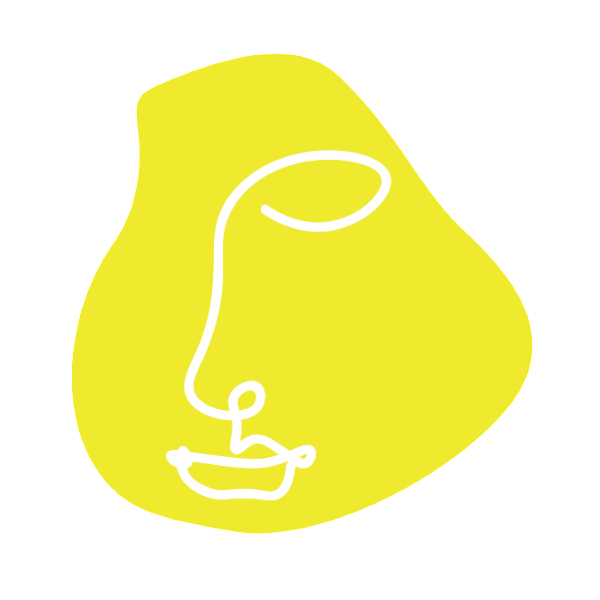 A former TEDx speaker for Wits University, Warren is the founder and former head and director of Drama for Life, a department of Applied Arts, Arts Therapies, and Arts Research dedicated to social transformation and healing at the Wits School of Arts, University of the Witwatersrand. He is a theatre director, senior lecturer, an HPCSA and NADT registered drama therapist, a Listening Hour Guide and Trainer, a Fulbright Alumni, and Salzburg Global Fellow. 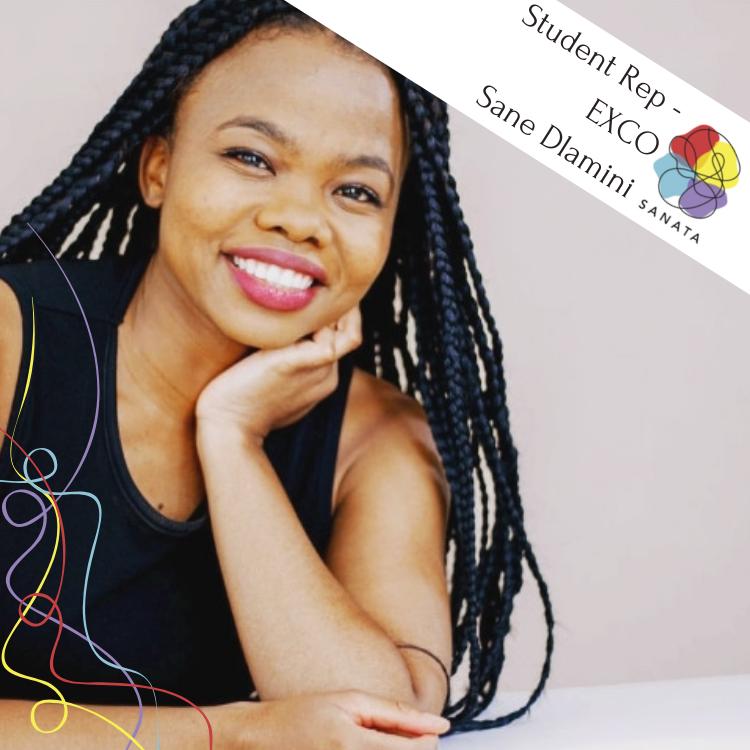 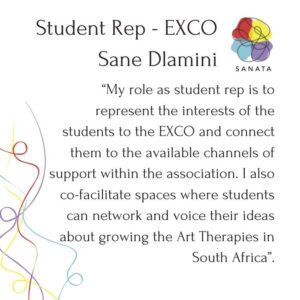 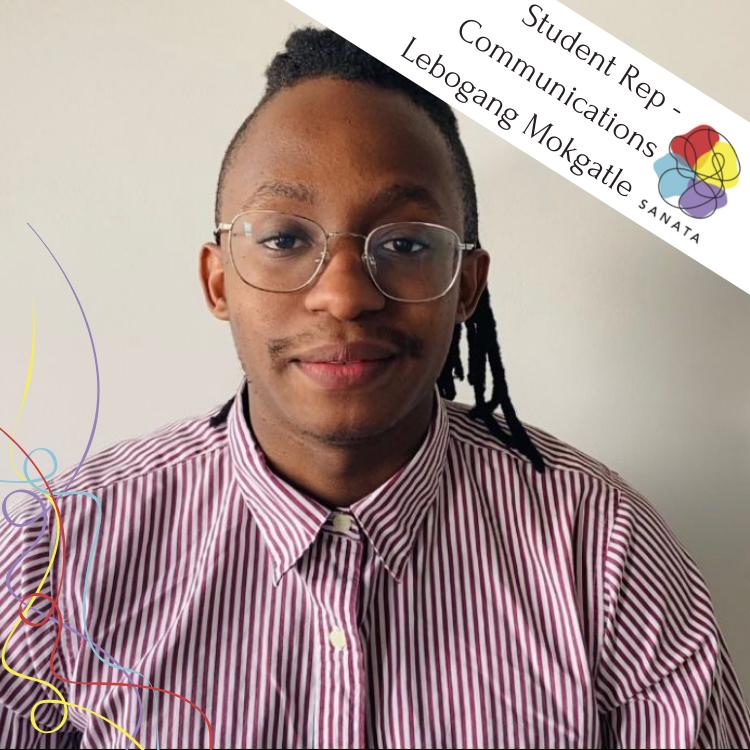 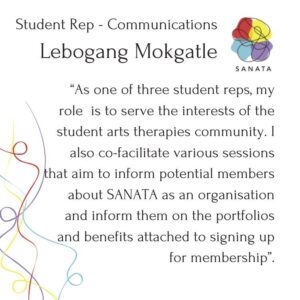 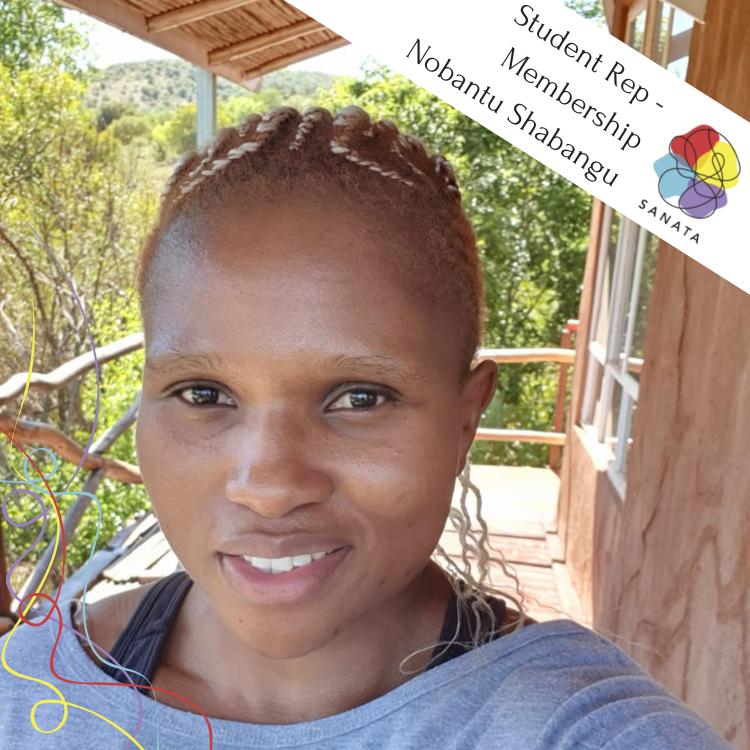 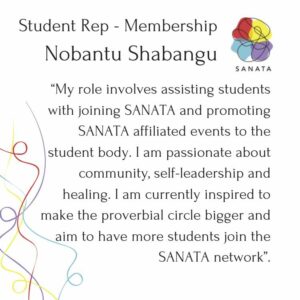